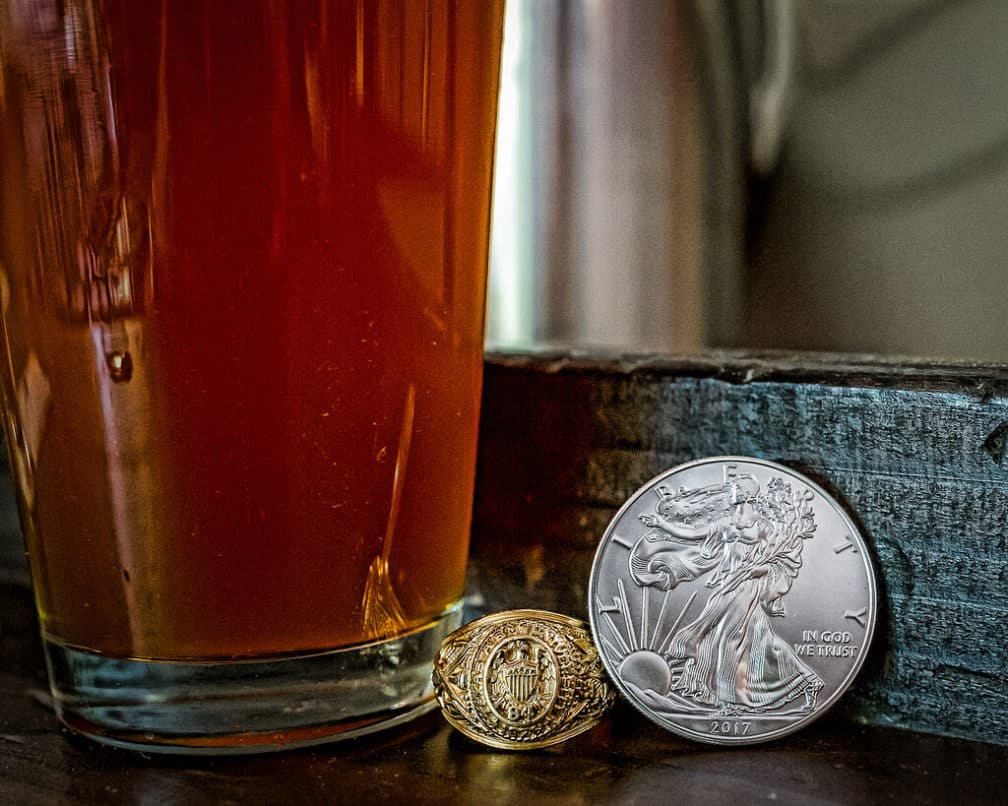 For many people, it is difficult to believe a precious metal valued today at $33.92 per ounce could ever surpass gold’s present value of $1765.79 per ounce.  However, over the past twenty years, the value of silver has risen significantly.  In the last twelve years the value has increased 690% and some of the world’s most influential investment experts are convinced that silver will soon exceed gold’s value.

Silver has been used for thousands of years to produce a long list of invaluable items, including coins for monetary trading, jewelry, as well as thousands of industrial applications.  The average person would be very surprised to learn the many versatile uses of silver.  Supply and demand for the precious metal has only increased.  Since 2007, the price of silver has actually doubled.  However, according to the world’s mining industry, 95% of the earth’s silver has been depleted.

Silver mines are on empty and much of the world’s used silver has been disposed of and is now amidst landfill.  Without an adequate supply of the metal available from natural resources, manufacturers will eventually be completely dependent upon collecting used metals from across the globe.  Unless one understands the extent of hardship that will occur without a sufficient amount of available silver, it’s easy to deny the likelihood of a significant increase in its value.

The following are just some of the many ways the world heavily relies on silver:

Approximately 30% of silver is used for photography. Silver halide mirrors the image to be photographed and is a more affordable technique than other available photographic development technologies.  This same optical reflectivity is used for mirrors, metals, glass coatings and even cellophane.  Silver coatings and pastes are also used for thermal windows and solar energy products as the metal reflects approximately 95% of the sun’s heat.  This significantly reduces energy costs.

Pure silver contains more electrical and thermal conductivity than any other metal.  As a result, the augmented use of computers, electrical appliances and other new technology has also contributed a great deal to an increased demand for silver.   For example, printed circuit boards (PCBs) are built using silver to connect paths of electronic circuitry.  PCBs are also used for manufacturing aircrafts, automobiles, appliances, security systems, telecommunication, cell phones, various switches and control panels, etc.

Another substance produced from silver, Silver Sulfadiazine, has the ability to fight bacteria and is commonly used for medicinal purposes to treat critical health conditions, such as severe burns and diabetic ulcer wounds.  Silver is also utilized to manufacture other medical equipment and supplies, including bandages and wound dressings.  The precious metal’s impeccable ability to fight bacteria makes it invaluable in the medical industry.

Silver is definitely one of man’s most universal and resourceful precious metals.  An uncertain economy only adds to the metal’s value.  Gold and silver metals will hold their value regardless of what happens to the U.S. dollar or any other form of currency.  If you have been considering selling your silver or gold to get quick money to pay emergency personal or business expenses, consider using it for a loan instead.  With a questionable economy, your silver and gold will only appreciate in value.  Private lenders will offer secured loans against silver and other valuable assets regardless of a client’s credit history or job status.

Chapes JPL is one of the Nation’s oldest and most trusted asset based lenders and jewelry buyers.  Our collateral loan services are highly discreet, safe and we offer some of the lowest interest rates in the direct loan industry.  Unlike a typical pawn shop, Chapes does not sell anything and conducts all appraisals in private, upscale offices situated within extremely secure financial buildings and in the best parts of town.

Chapes will beat any competitor’s interest rate and all pledged collateral is photographed, insured and kept safely in traditional bank vaults.  To schedule your free gold or silver appraisal, or to learn more about our silver loan services, please visit https://chapesjpl.com/silver-loans/.

WHY GETTING A SILVER SECURED LOAN IS SMARTER THAN SELLING SILVER was last modified: November 3rd, 2017 by Lee Benhayon

Get A Free Appraisal